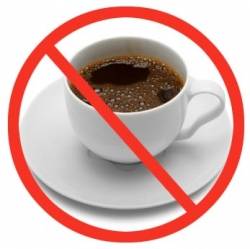 Everyone is aware of the fact that many of our senses start to fade as we get older. The two senses whose disintegration is the most detrimental are obviously vision and hearing, and researchers have just discovered another substance that can quicken the deterioration of a person’s eyesight. Unfortunately for students pulling all-nighters and employees who work the third shift, this substance is coffee.

A recent study published in the Investigative Ophthalmology & Visual Science journal suggests that people who drink three cups of coffee a day have an increased risk over people who don’t drink coffee of developing a certain type of glaucoma. This effect was of course most pronounced in people who had family histories of the disease, but even those who had no history experienced an increased risk.

The researchers concluded that the occurrence of the disorder was likely due to certain compounds within the coffee that may have the potential of increasing pressure within a person’s eye. These compounds can cause material to be rubbed off of a person’s lens and iris, and this material then blocks the eye’s natural draining capabilities. When this draining system is clogged, the fluids continue building up in the eyeball and eventually lead to the pressure that causes what is known as exfoliation glaucoma.

The study looked at around 120,000 people over several years to reach its conclusion, so it’s a good bet that the results of the study are valid. What was really peculiar is the fact that other caffeinated drinks like tea and soda did not have the same effect. Even decaffeinated coffee failed to produce the same results. This means that something contained specifically in caffeinated coffee is causing these problems. Regardless of what the underlying factor is causing issue, it’s likely a good idea for everyone to reduce their daily coffee intake.

Call One of our 4 Convenient Locations!